Menu
Back To Blog How To
Increase
Online
Sales

Social media networks tend to crash and burn after accumulating a certain number of users, or being in business for a certain number of years – largely because they fail to adopt a sustainable revenue model. But that’s not the case with Facebook. The general public has been using the site since 2006, and to this day, it isn’t showing any signs of slowing down.

As of November 2016, the platform enjoys a sizeable monthly 1.79 billion active users worldwide, which translates to a myriad of marketing opportunities for businesses.

What’s even more exciting is Facebook periodically rolls out updates, the latest of which include:

Facebook Offers was originally launched in 2012 and upgraded in mid-2016 to be more mobile-friendly—unsurprising, since consumers now rely heavily on mobile. Facebook Offers allows visitors to more handily claim and redeem offers, as well as find ongoing deals from businesses. Facebook also plans to add unique offer codes that companies can provide through the platform to make things even more convenient for customers.

You can start using Facebook Offers through the Offer Page Composer on your Facebook page, or through your adverts interface.

Facebook Audience Network (FAN) has been around since 2014, and it’s a way for brands to advertise through Facebook off Facebook. Instead of your ads showing up on Facebook alone, FAN extends their visibility to other users through the platform’s growing list of forged partnerships with third-party apps and mobile sites, such as the Daily Mirror, The Huffington Post, Shazam, and the Kardashian games. You can access the Audience Network as an ad placement when you configure your ads.

Facebook Dynamic Ads, in a nutshell, are similar to remarketing display ads, which target users based on their past actions on the advertiser’s app or website. U.S. advertisers have been using this feature since 2015. This 2017, Facebook plans to roll it out to other regions. This update was rolled out in late 2016, and it basically simplifies the way advertisers set their Facebook ads’ objectives. Ad objectives are now streamlined with simpler names for specific objectives, and are more effectively aligned with overall business goals.

Canvas Ads is a mobile-specific ad format rolled out in 2016. Easily the most exciting update in this list, it allows businesses to step up their storytelling through immersive, interactive ads. When clicked, the ads go full-screen and provide customers with an experience similar to that of a microsite—complete with images, videos, CTA buttons, and the like. Since Facebook acquired Instagram in 2012, the photo-sharing network has exploded in popularity. It helps that Facebook keeps it fresh by adding great features to it. In 2016 alone, it introduced Saved Posts, Business Profiles, and Instagram Stories.

Just recently, Facebook announced that it has brought on 30+ advertisers into Instagram Stories to test the advertising capability of the platform. For now you can use Messenger for the following:

Most people today are used to getting instant gratification and responses, and it lives in their back pocket.  They want to interact with business owners who understand this; those they can communicate with via text messages and email because it’s convenient and less intimidating.

That’s why Facebook Messenger is so great, but engaging prospects on it isn’t something that is cut and dry.

You must spend time creating the right strategy for you Facebook Business page to increase engagement first. 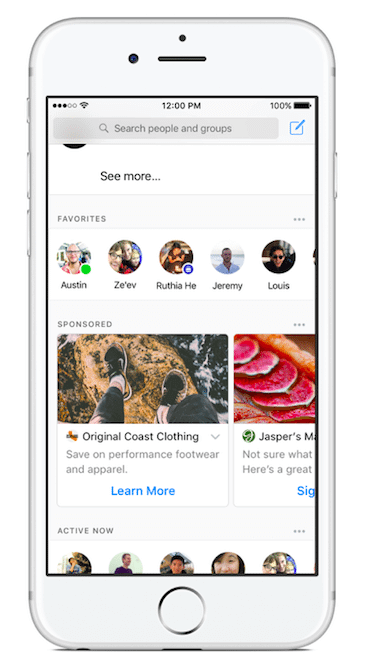 Facebook is working hard to make advertising on its platform easier and more effective for businesses. No time better than now to explore the updates above and see how they’ll impact your advertising results with the aid of an expert digital marketing agency.

Technical SEO: What It Is, How It Functions, And Tips For Getting Started

What Is Local SEO? The Key To Improving Your Local Search Results

SEO for e-commerce websites requires you to focus on a wider range of content in order to ensure not only that your store is getting attention, but also that all the products you sell are visible to consumers. The good news? Getting started isn’t as difficult as it se

If you’ve been looking for an on-page SEO checklist that covers some of the most critical on-page SEO elements and helps you better understand what this type of SEO involves, dive into this guide to get started!

Technical SEO: What It Is, How It Functions, And Tips For Getting Started

Technical SEO plays a somewhat minor role in your overall SEO strategy, but failing to take the right steps when you’re creating your website or publishing new content can prove detrimental to your progress. Without technical SEO, you might be missing out on grea

What Is Local SEO? The Key To Improving Your Local Search Results

One of the most important things to know when you’re building up a local SEO strategy is what’s called the local pack or Google My Business. If you’ve ever conducted a local search query for yourself, you’re likely quite familiar with the local search results that p